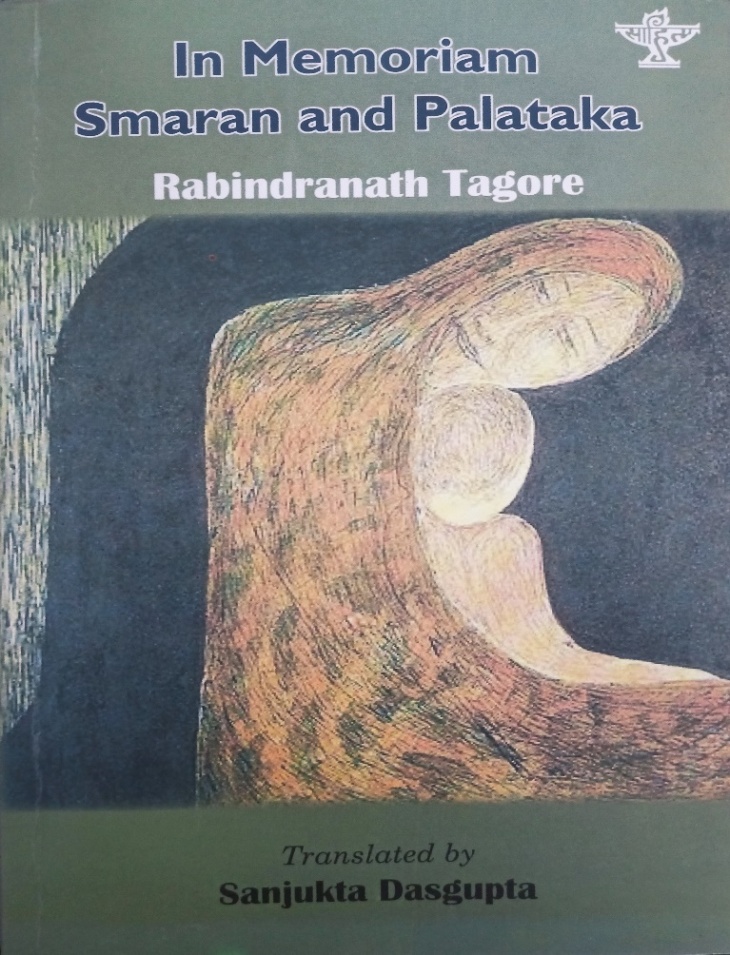 In his seminal text The Translator’s Invisibility: A History of Translation (Routledge, 1995), Lawrence Venuti proposed a strong sentiment about a “translator’s situation and activity” and maintained that fluency is a key factor in the quality of any translation. The translator’s reworking must “insure easy readability” (1) of the original, in such a manner, that renders the translator invisible and brightens up the author’s (original) work. This highlights the altruistic responsibility of the translator to share the wholesomeness of the author and the original work with a wider readership (only in a different language). This perspective that tends to relegate a translator to the level of something like a sieve, has been problematized time and again, by various counterarguments in the discourse of translation. Theorists like Susan Bassnett would hold on to the view that a translator may not be so invisible after all, and a translated reworking will have a discernible contribution with “new concepts, new genres, new devices” which wield a “shaping power of one culture upon another” (Preface vii). In this ever-going discourse on the role and importance of the translator in widening the readership of a/ny vernacular text, a very critical argument which gets raised in the process is about the proximity of the translated text to the original. The obvious question that follows is how close is the translated text to the original? That would be a rather slippery ground to tread and eminent poet, critic, writer, teacher Sanjukta Dasgupta once more proves her expertise in handling such translation activities with her latest book of translation: In Memoriam: Smaran and Palataka (Translations of Rabindranath Tagore) that released early this month, from Sahitya Akademi. After Swades (Visva-Bharati, 2013), a collection of Tagore’s 46 patriotic songs from Swades parjaye, this is the second Tagore translation project that she had taken up. Being Tagore’s, that too the bard’s verses which emanate from two deeply personal contexts, translating Smaran and Palataka would rightly become a crucial project from the perspective of literary translations and like many a times, readability and relatability of the translation (and its quality) with “Tagore’s” original [emphasis mine] would always be under a special scanner. However, in this case, the translator’s utmost honesty is visible in every line as well as in between the lines, as one carefully reads through them.

Keeping a close touch with Prabhatkumar Mukhopadhyay’s Rabijibani, the long introduction at the beginning of the book written by the translator herself, is a beautiful write-up that minutely supports the deeply personal elegiac strain of every poem, that has never got overwritten by the rich universality most often attached to every composition in Tagore’s oeuvre. Smaran (1902) is a set of 27 elegiac poems that Tagore wrote after the death of Mrinalini Devi in 1902. Each of the poems is like an ode, like conversations with the one departed, the one who embodies the everlasting springtime of the poet’s spirit. Palataka (1918), on the other hand, is a collection of 15 narrative verses that were composed during the prolonged illness of Tagore’s eldest daughter Madhurilata. The suppressed emotions of loss (of life’s companion) and then the struggle to cope with the slowly wasting illness of his first-born can easily be traced in the richness and depth of the poems. And yet, as Dasgupta argues, that does not rob the poems of the poet’s tender subjectivity. Many critics and biographers have often maintained that the impersonal touch in the poems of Smaran only underlines the fact that Tagore did not much miss his wife after her death or later. However, Dasgupta points at Tagore’s emotions in these verses and argues fervently that behind the harder shell of universality and high philosophies, what readers would seek in the poems is the lover, the doting father that Tagore was, and in every turn of phrases, in every space between the words, that Tagore is present who we are looking for. That way, Dasgupta’s translations rightly take a step forward to discover and recover the poet’s ‘self’ from the literary portraitures of his own.

In his seminal book Kavimanashi (1962), Jagadish Bhattacharya had defended it to be the poet’s antaranga atmajibani (personal-romantic biography) and established the idea that Kadambari Devi solely played the creative muse to the poet, forever, even after her untimely and unfortunate death. Treading very sensitively on this perpetually-sensationalized discourse, Bhattacharya said:

[There are many layers to Tagore’s own aesthetics of love, of nature, of beauty. They render such myriads of colours and textures to the poet’s verses.  But their radiance became the brightest, when the poet’s heart was touched by the harsh tryst with death and the pangs it left.] (Translation: Mine)

This context of the “pain” is crucial. Since Kadambari Devi’s death, between 1902 and 1907, Tagore had to face multiple deaths of his closest ones – Mrinalini Devi, daughter Renuka, father Debendranath Tagore, the youngest son, Samindranath, and then Bela or Madhurilata’s death in 1918. The consecutive losses are of such magnitude that it perhaps would not be an overstatement if we said that it is Death that turned out to be the deepest muse for Tagore. Mrinalini Devi’s absence and the loving husband’s loneliness therefore becomes the spinal theme that works mostly in the poems of Smaran first and then in Shishu (1903). If the poems of Shishu are a way of conversing not with the children of the deceased mother, but an excuse to engage in a conversation with the mother herself in absentia, then in Smaran, the dialogue has been most direct. The emotions culminate in Smaran where the dramatic monologues in loose Petrarchan sonnet form mostly, reminds us of Elizabeth Barret Browning’s Sonnets from the Portuguese. Here the unmistakable absence of Mrinalini only underlines the elegiac quality of each verse. As one reads on, the poet’s innermost expressions of grief does not fail to generate the significance that a woman has, in a man’s world. Using very poetically eloquent terms Tagore’s poems in Smaran bring out the romantic aspect of a man-woman relationship that turns the structure of a household into the warmth of a home, that transforms a husband into someone much profound as a human being.

Similarly, in Palataka, the 15 poems are narratives of a woman’s struggle which takes various shapes at every level of her life. As a child, as a young girl, as a teenager, as a young bride, a woman’s struggles are innumerable, each being as much unbearable as the other. Interestingly, unlike Smaran, the poems in Palataka are less personal. Yet, through the stories of Manorama, Biju, Nandarani, and many other such representative young girls, Tagore had woven the unspoken tales of millions of Indian women whose childhood and youth were lost under the pressure of being a woman. It is not much difficult to conjecture from these poems, exactly what a storm was brewing in the doting father’s heart, as he wrote these poems, sitting by the sick bed of his eldest daughter. Although the subtle line of distinction between the personal and the universal, that can still be closely traced in Smaran, is missing in this book, the pain and regret of the father is unmissable in the omniscient voice of the poet-narrator that is present in each of the poems of Palataka.

Coming back to what we had started with, Smaran and Palataka had not been translated into a standalone collection earlier and that way, Sanjukta Dasgupta’s translations of these two books of poems strikes the chord right and the title is justifiably pointing at the poet’s very deeply personal self that defies the Eliotian understanding of “impersonality” in poetry. If self-annihilation from the event does not happen, then real poetry cannot be strained out of it. Yet, a temporal dimension attached to a poem’s composition can add some telescopic peek into the poet-personality’s real being. Perhaps Sanjukta Dasgupta’s translations would open up that real poet for the global non-Bengali readership for whom the saintly poet-philosopher Rabindranath is too high to be humane. The translations are like a magic-touch that makes Tagore’s personal contexts of loss and deep, microscopic observations of a (Bengali) woman’s quality of life in a nineteenth century (Bengali) household is directly out on paper, in ironic terms, understandable and relatable for a wider range of audience. But interestingly, the translations, like their originals, are never bowed down by any kind of sentimental confessionalism. There, Dasgupta is as much close to the original, yet as much visible with her own trans-creative grace. As a result, the translations touch high notes very elegantly without ever losing touch with their roots.

Earnest-August Gutt’s Relevance Theory of Translation recognizes two approaches to the art: one, the source text orientation and two, the target text orientation. The first one may want to adhere more to the original text and its culturally embedded language, making the translator much more visible; while in the second approach, the translator renders him/herself invisible by stepping beyond the linguistic model of the original and shifts into a more (trans-)creative process. This perhaps makes the end-product less imitative and a more adaptive version of the original, where the essence is reserved as closely as possible. Sanjukta Dasgupta’s In Memoriam: Smaran and Palataka (Translations of Rabindranath Tagore) very skillfully holds on to a middle ground, that shows linguistic mastery to retain the literary tenderness without completely getting swayed away by the target language’s demands. For instance, when “Ashal” translates as “The Reality” instead of “The Real” or “Pratishtha” translates as “The Final Foundation” instead of “Initiation” in the poems from Palataka, it is clearly the thematic essence of the poem that is focused, not the literal parallel of the adjective.  It is worth mentioning that in their titles, the Palataka poems retain their original in Roman script. This gives the readers a glimpse into the linguistic parallels. That way, the rather cliched use of endnotes could be avoided to a great extent, except for the bare minimums.

It is always said and accepted, that when it comes to translations, Tagore is one of the most challenging figures, and if it is his poetry, then the challenge transpires into a hurdle. Even the simplest of words or phrases can turn out to be treacherously difficult to translate, if the essential meaningfulness is to be captured rightly. The mellifluousness of diction and the lyricality would be a different ballgame to handle when being translated. Sanjukta Dasgupta, who is a veteran in the art of translation, explores them with her usual panache and renders the translated text a colour that is no less beautiful than the original.

Following the book’s thematic significance, its cover too, featuring Tagore’s own painting of a mother and a child, becomes poignant. It underscores very movingly, the metaphor of parenthood and the symbolic presence/absence of the mother in the children’s life, that Tagore had witnessed. Except for a few typographical errors, the book is a much-awaited addition to the existing list of translations that are in use among a critically inclined readership of Tagore in English.

Bio:
Sanghita Sanyal is currently teaching in Loreto College, Kolkata, as an Assistant Professor at the Departments of English and B.Ed. She has graduated in English Literature, from Presidency College; thereafter she completed her Masters and M.Phil. from Calcutta University. She had also acquired her B.Ed. degree from Loreto College. She is a research scholar, pursuing her PhD at the Centre for Studies in Social Sciences, Calcutta (Kolkata). Gender Studies and Sexuality Studies are her special areas of interest and function, besides Culture Studies and Translations. She is also one of the Executive Council Members of the Intercultural Poetry and Performance Library, Kolkata.