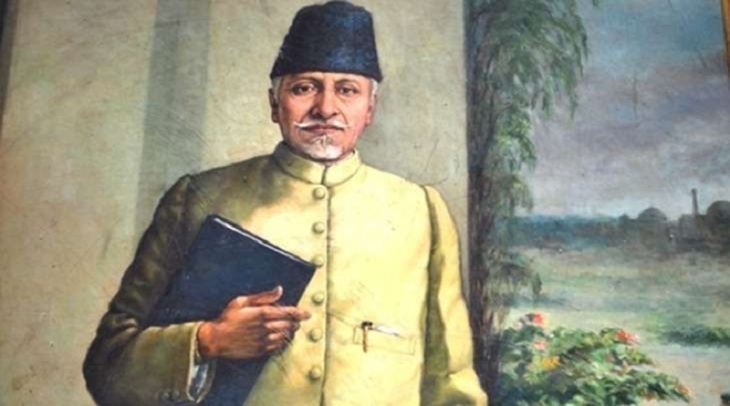 Every year in India, 11 November is celebrated as the ‘National Education Day’, in order to remember the legacy of Maulana Abul Kalam Azad. Azad was one of the prominent figures both in pre-and post-independent India. As a prominent Muslim leader, he always fought for the cause of Hindu-Muslim unity and opposed the partition of India both on political and communal bases. Though he did not have much formal education, he gained skill in several languages including Urdu, Hindi, Arabic and Persian. He was also trained in Mathematics, World History, Philosophy and Science by some teachers selected for him by his father. From his early age, he showed a keen interest in literature and edited a weekly called Al-Misbah and also started a monthly journal known as Lissan-us-Sidq. He also learned English through serious personal study and became well-versed in history, contemporary politics and western philosophy. Azad was a key figure in the Indian history of the twentieth century. His learning and training in the traditional Islamic sciences and his strong intellect earned him prominence even among his towering contemporaries. He began his career as a journalist with a keen eye on a large number of issues. One of these issues was education. He laid emphasis on scientific and technical education, which he felt was essential for the development of a country, colonized and exploited for hundreds of years.

Azad grew as a highly skilled man having knowledge of religion. While he had a respect for it, he was not satisfied with the old and traditional approach. He was an ardent supporter of rational thinking. He thought that the processes of enlightenment will liberate people from old and superstitious thinking. His firm belief in modernity stemmed from the idea that the scientific knowledge and rationality would be able to remove many evils in a country like India.

Azad wanted to revolutionize the education system in India. He was an ardent supporter of the emancipation process. He saw so many intricate flaws because of the orthodoxy that prevailed in most parts in the country. There is an opinion among scholars that Azad had personally nothing much to do with education, and it was Nehru who handed over the task to him. No doubt Azad accepted the responsibility on the insistence of Nehru and Gandhi. However, he was a qualified person to take on the responsibility for the same. They were aware of the fact that Azad was keenly committed to education, culture and scientific and technical progress. If there were some mistakes and limitations in his work, Nehru always came forward positively to take care of them. Though Azad was not a professional educationist like Tagore and Gandhi, his impact on education was vast. In a newly independent India, there was a need for a person who had an immense vision and character and who might have been able to judge the situation correctly. In addition, the person should have been able to implement the sound educational policies which would help infuse its citizens with the right values.

After the Independence of India in 1947, when he took over the ministry of education, which included science and culture, he presided over this ministry for a decade. Education for Azad meant nothing less than man’s being and becoming, derived from both religion and humanism. While talking about education, he says:

Education, science and culture have a unique role to play in making the new India of our dreams, with its rich composite culture, its precious unity in the midst of valuable diversities, its overall national integrity, its abiding values of truth, justice and tolerance, and its unique capacity to synthesis the cultures of the East and the West into a new and creative blend that preserves the best of the part, along with the eager pursuit of new paths of progress to enrich the quality of our lives. Let us all work together to eradicate illiteracy and ignorance, laziness and poverty, so that our country can take an equitable place in the comity of nations.

Azad understood that the introduction of adult franchise for a national program of education should stress the rights and duties of citizenship and the ability to participate in national development. There ought to be a difference between the citizens of independent India and the colonial subjects of foreign rule. This change could be only possible through the program of mass education. He established a section of social education as one of his first measures.

Azad emphasized the role of education in national development and inspired the growth of science and technology. During an opening address at the Indian Institute of Technology (IIT) Kharagpur in August 1951, he said:

One of the first decisions I took on assuming charge as minister was that we must so improve the facilities for higher technical education in the country that we would ourselves meet most of our needs. The large number of our young men who have been going abroad for higher training could have received such training in the country itself. Indeed I looked and still look forward to the day when the facilities of technical education in India will be of such level that people from abroad will come to India for higher scientific and technical training.

Azad gave special stress on the education of women. In 1949, in the central assembly he said, “no program of national education can be appropriate if it does not give full consideration to the education and advancement of one-half of the society that is women.” Further talking about women’s education that had been most marginalized, Azad argued that it was important for two reasons: first, women need education as citizens of free India. Second, their education makes the task of educating the younger generation easy.

As a first union minister of education Azad made a unique contribution and stressed on the necessity of starting programs and policies for the speedy, all-round and inclusive development of educational facilities in the country. In the meeting of Central Advisory Board of Education in January 1949, he stated, “The first and foremost task of the national government is the provision of free and compulsory basic education for all.” Azad thought that two things were very important. First, the creation of a nation-wide system of basic education for all children of school going age. Second, the provision of facilities of the highest type of education in the technical field.

Azad occupies a key position in the educational, cultural and scientific development of modern India. At a crucial stage of the nation, he steered sectors such as education and culture and laid the foundation for a future network of scientific and technological institutions. At the time of Azad’s death, Jawaharlal Nehru said, “It was the strange and unique mixture of the good qualities of past, the graciousness and deep learning and toleration, with the urges of today that made Maulana Azad what he was.”

Even after 70 years of independence, India still houses the largest number of illiterate people in the world, in spite of many achievements in various fields like science, technology, arts, etc. There is still a wide gap between the opportunities available to the rich, educated, urban people and the poor, illiterate or semi-literate rural and other disadvantaged people, as well as between men and women. There is a serious dearth of quality public education at every level of learning and research. Socio-economic development bypasses a major section of population today, as they do not have access to quality education.

An important challenge facing the country is to bridge the urban-rural divide in educational investment and opportunities. In the present scenario, it is also necessary to take urgent measures to ensure gender-parity in education by educating communities and families about the benefits of girls’ education and by imparting incentives to enrol and retain the girls in schools. What India needs is a national commitment to achieve what Maulana Azad had started as the first education minister of independent India. It must make all efforts to reach that goal.

Bio:
Muzafar Ahmad Dar is a PhD Student at the Centre for Historical Studies, Jawaharlal Nehru University, New Delhi. He can be reached at zafarmuzafar99@gmail.com

Inamul Haq is a PhD Student at the Centre for Gandhian Thought and Peace Studies, Central University of Gujarat. He can be reached at mantooinam72@gmail.com