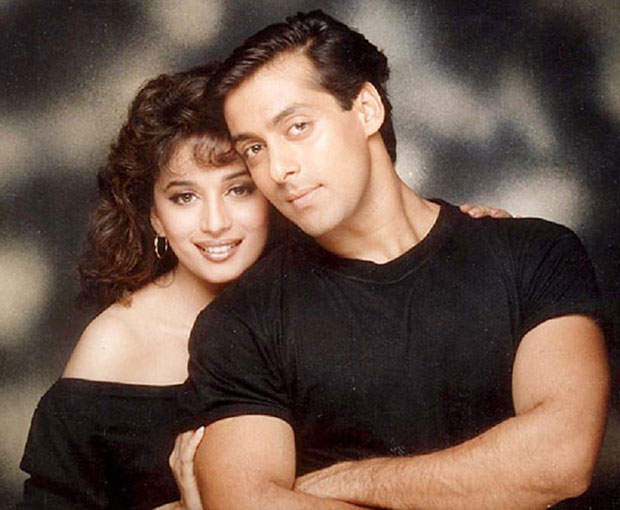 Hum Aapke Hain Kaun is known as one of the most iconic and celebrated films of the Hindi Film Industry. It is arched in the memories and hearts of the audience across generations. Many remember it as the film which brought a turning point in the history of films. At a point when Hindi films were solely about crude action, Rajshree Productions released the family dramedy rom-com Hum Aapke Hain Kaun. It led to the return of huge families to the talkies for film-viewing. The film was so endearing for the audience that it continued to run for two years. My father tells me that he saw joint families going to watch the film in a single screen theatre as it were a picnic time for them, that was the comfort that Hum Aapke Hain Kaun brought back.

My memory of the film is quite different. I am a 2000s kid so by the time I reached an age of conscious, the world of Hindi film industry had already witnessed many other great films like Lagaan, Dil Chahta Hai, etc. I watched the film on a VCD. As a child, I used to play the VCD every afternoon almost to the point that it got ruined and dysfunctional. When I try to pinpoint the reasons why I probably loved watching Hum Aapke Hain Kaun so much, these are the factors that come to my mind: I was fascinated by the whole wedding celebration and the various incidents and ceremonies related to marriage, I enjoyed the songs and the dances and I had a soft corner for the adorable pet dog Tuffy (I still do). Even as a child, I used to dislike the part when Pooja falls off the staircase and dies without letting Rajesh know about the love between Prem and Nisha. Most of these elements continue to remain true even today, when I am an adult, but there are things that have changed during the transition.

Hum Aapke Hain Kaun showed me a different side of family values, ethics, and beliefs. I got exposed to the intricacies of relationships, how the relationships are valued, the camaraderie between certain members of the family, the bond between the families of a married couple, etc. The extended family of the film are so full of love, warmth, and joy. It is heart-warming to watch their respect and care for one another, be it the eldest member of the family or a friend or their house-help. We look at that family and wish to have familial relationships like them, ones that are full of celebration. However, in hindsight, these relationships look superficial and too good to be true. This is not the same for Nadiya Ke Paar on which Hum Aapke Hain Kaun is based. When I was recently watching it, I realised how simple and subtle it is. Nadiya Ke Paar has a sense of authenticity to emotions and relations which gets over the top with Hum Aapke Hain Kaun. The climax scene in Nadiya Ke Paar is dealt with so differently: (the female lead) speaks about her wish to marry Sachin rather than his elder brother, very openly. That felt so fresh and even evolutionary if we view it from a perspective of women empowerment. In Hum Aapke Hain Kaun, they took the liberty and used Tuffy as the one who brings resolution, which felt fun to watch.

However, what’s common in both the films is that they are pretty linear in terms of graph to a huge extent, as they do not have multiple conflicts, major character arch or sub-plots. They offer a pretty simplistic storyline.

When we look at the narrative, a lot of the scenes and progression of the story is highly dependent on songs. The film can very easily come across as a musical. The film would be lifeless without its songs. It is filled with great songs and dances. A remarkable thing is that the songs are narrative in nature i.e., the songs aren’t independent of the visuals, we require the visuals to completely enjoy the songs, except for “Pehla Pehla Pyaar Hai” and the title song which are melodies.

Hum Aapke Hain Kaun also has to be credited for some freshness that it brought with it. Song like Chocolate Lime Juice was a new concept; the characterisation of Nisha was very unique to its time; small elements like the graffiti on Prem’s car or the ritual of playing cricket on Sunday with caps of Boy and Girl while Tuffy was their umpire were new. This movie is also the inspiration behind the big fat Indian weddings. The coordinated dance performances for the Sangeet ceremony or baby shower celebrations or the craze to wear the same dresses like that of Nisha in wedding functions started post Hum Aapke Hain Kaun.

This movie reminded people how beautiful it is to have Indian traditions and culture while having fun with your extended family. It brings comfort and joy to our lives, and we feel excited to be around our family members to have experiences and memories similar to the film. It is noticeable that it went on to become an inspiration for many other films but most importantly for a lot of families.