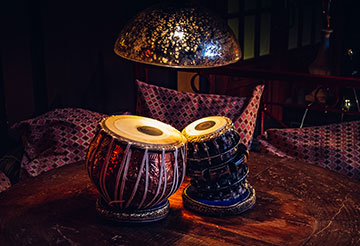 Ghazal is often considered to be a form of music, but it is actually a form of poetry where love whispers its best expressions. When we look back to a rich history of ghazal, we see an era of Urdu elegance.

India has produced phenomenal Urdu poets since time immemorial. We often hear about Faiz Ahmed Faiz, Daagh, Qateel Shifai, Bahadur Shah Zafar, but there are lot more who elevated their craftsmanship to a different level.

Ghazal speaks of love, illicit love; it speaks of separation; it speaks of a lover’s soul filled with enthusiasm and despair. It is said that a lover’s turmoil can never be so intensely expressed in any language except Urdu.

History of Ghazal is a long and enchanting one. Royal shers (couplets) were composed for praising the ruler, and in that era, they were called Qasida. Because of its magnitude, later it became shorter and was popular as Tasheed. The last part of a Tasheed was later popularised as Ghazal.

As far as the meaning is concerned, ghazal means conversation (guftgu, in Urdu). This conversation often happens between the lovers, often it happens with the poet (shayar) himself. Unfulfilled desire of love and thirst to meet the lover are considered to be some of the major themes of ghazal. Ghazal emerges from the deepest core of our pain, mixed with a sense of surrender, in course of achieving love.

As we mentioned that ghazal is a special form of poetry, like sonnet, let us have a close look to its construction. Ghazal involves particular devices, such as Kafiyaa, Radeef, Matla, Makhta, Husn-e-matla, Hum Radeef, Takhallus. If these devices are present in a poem, it can be considered to be a ghazal. Thus, although ghazal is chiefly associated with Urdu, it can embrace any language as it concentrates more on the construction, not the language.

Now, how can we understand the usages of these special devices? Let us have a look at the following shers (couplets), written by famous poet Bahadur Shah Zafar:

If we translate, it says that it was never like this before that I felt such difficulty in speaking. The gathering arranged by you today has never been like before.

If we take a note of the devices, we shall see that this couplet is a Matla as it initiates the poem. The expressions or phrases “aisi to na thi” creates the rhyme and these rhyming devices are called Radeef and Kafiyaa. These are inevitable devices for creating a ghazal. We find ghazals that have two opening couplets and, in that case, the second one is called the Husn-e-Matla.

For ghazal lovers, the most important part of a ghazal is the last couplet, popularly known as the Makhta, where the poet speaks of his own, and often neutral, point of view on the entire poem. It often takes an extremely unfamiliar tone as far as the ghazal’s basic theme is concerned. Here, in Makhta, the poet uses his pen name and that is called the Takhallus. Takhallus is the device that makes us aware of who has written the ghazal. Qateel Shifai used the word Qateel as pen name, Ahmed Faraz used the word Faraz, and the all-time great poet of ghazal, Mirza Asadullah Khan Ghalib used his last name Ghalib as his Takhallus.

Hence, to conclude, Ghazal, for long, has been considered to be a form of music. It’s time to think about ghazal as a form of poetry where love finds its best expressions.

Bio:
Hindol is a musician, mountain lover, teacher, and observer. He loves to read over coffee and blues. Samuel Beckett and Mehdi Hassan are Hindol’s favourites.