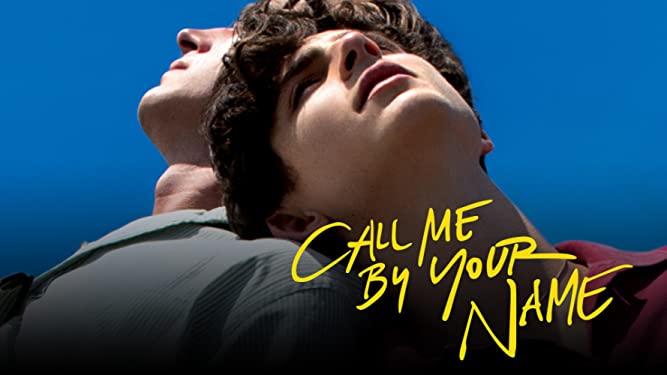 Luca Guadagnino’s masterpiece, Call Me by Your Name, is an ode to love in all its perfections and imperfections – the comforts and tumults, the joys and sorrows. Set somewhere in Northern Italy, the beauty of the scenery is only matched by the passion of the young love that it narrates. Based on the (dare I say, better!) book by André Aciman of the same name, the film is a tour de force of emotions, turbulently beautiful and devastating, exploring themes of Jewish identity and sexuality along the way.

Starring the impeccable Armie Hammer as Oliver, a Jewish-American graduate student, and the delightful Timothée Chalamet as Elio Perlman, a seventeen-year-old cosmopolitan musician-cum-polyglot, it appears on the surface to be a love story like any other. The film begins with Oliver arriving at the Perlmans’ handsome seventeenth-century villa in Italy to complete his academic work under Mr. Perlman (Michael Stuhlbarg). He quickly attracts the attention of the seventeen-year-old with his American mannerisms and classic good looks. Elio, however, remains distant at first, erecting an invisible barrier between Oliver and him.

Chips soon emerge on that barrier, though, first as they connect over Bach and Liszt’s version of Bach and Busoni’s version of Liszt’s version of Bach and later as Elio gazes at Oliver dancing away at the Psychedelic Furs. He fruitlessly tries to keep the wall standing by making Oliver jealous by loudly proclaiming at breakfast the next day that he almost had sex the previous night; Oliver seemingly maintains a casual insouciance. The barrier comes tumbling down completely at the Piazza Vittorio Emanuele, a memorial for the martyrs of the Battle of Piave. There, Elio indirectly confesses his feelings for Oliver, which is met with a flat-out refusal to confront it. “It means we can’t talk about those kinds of things,” was Oliver’s reply to Elio when he persisted. The 21st-century viewer is brusquely transported to the homophobia of the 1980s.

Sex and eros are not the only things that the movie is about, though. A few minutes of philia – affectionate love – creep in the otherwise randy movie. The first instance was when Annella, Elio’s mum, narrates and translates a story from her German L’Heptaméron as she lies on the couch with her husband and her son, ruffling the latter’s hair. The second, and perhaps more consequential, instance is towards the end. Elio’s father seeks to comfort him after he returned from his trip with Oliver to Bergamo and in doing so, delivers a heartrending monologue worthy of being preserved in the annals of cinema history.

Speaking of history, historical art, particularly the sensual and voluptuous kind, is generously referenced in the movie. Mr. Perlman is a professor of archaeology who has a deep appreciation for Hellenistic sculptures. He poetically pays homage to Hellenistic statues that are often impossibly curved – never “straight” – a potent allegory to the protagonists themselves. Helater mentions the metamorphosis of the statues from male to female, a metaphor to the fluid sexualities of Oliver and Elio.

Jewish identity is also strongly referenced in the movie. Being a “Jew of discretion,” Elio was pleasantly surprised to see Oliver unabashedly wearing the Star of David and is encouraged to do the same. In many ways Jewish identity is similar to queer identity. Both groups have been historically persecuted and been forced to remain hidden in plain sight: Jews by not wearing their religious paraphernalia and queer people by pretending to be straight or celibate. The film focusses primarily on Elio’s sexual awakening but there is another awakening that is going on beneath the surface: that of his Jewishness. Through that it touches powerfully on the intersection between Jewishness and queerness.

Sufjan Stevens’s timeless, mellifluous music suffuses the film in many of the pivotal scenes. “Futile Devices,” an older single, is remixed for the movie and adds an ethereal charm to the mix. Of the two singles he composes for the movie, “Mystery of Love,” is a monument to the universal emotion in all its enigma and splendour and, at the same time, a window into a teen-aged boy’s feelings for another man. But his music is at its rawest, most poignant in the closing scene: “Visions of Gideon,” his second single for the movie and a reference to the biblical hero who had divine visions, gently accompanies Chalamet’s doleful moment of introspection, as he remembers and cherishes the passion and love that Elio and he shared. That simple moment – Chalamet staring into the fireplace with Stevens in the background – has evoked tears every time I watch this film. Guadagnino could not have crafted a better dénouement.

Chalamet and Hammer bring Elio and Oliver to life in a way no one else could. They demand of the viewer to feel the triumphs as well as the tribulations of love, leaving us with the longing of falling for an American graduate student somewhere in Northern Italy. Michael Stuhlbarg shines in the closing scene, delivering the monologue, which is excerpted almost entirely from the book (thank you, James Ivory!), with a touch of humanity that very few could match up to, eliciting not sympathy but empathy and a compassion that stems from a shared experience. He places us in Elio’s shoes and speaks to us, telling us to embrace the sorrow and pain we have just experienced, instead of ripping it out of our hearts.

The film is likely to leave you heartbroken for several days, maybe even weeks, on end. The ending scene was perhaps the worst way the story could have gone, and yet the violence of it all pulls you in and holds your gaze throughout. Even after crying your eyes out dry, you want to watch it again, read the book again, appreciate Guadagnino’s genius again, and listen to all of Sufjan Stevens again. The different-ness of it all acts like a gravitational pull. It is a film that eschews labels: it makes no attempt to box the protagonists in claustrophobic sexualities; the rigidity of neat classifications gives way to the messiness of real life. At its heart, Call Me by Your Name is a psalm to the catholicity of love and its ability to transcend all our petty divisions of race, creed or sex.

As queer cinema picks up steam – we must remember that even a few years ago an actor would be staking their career if they chose to act in a queer movie – it is important that it reflects the diversities within queer culture as well. Call Me by Your Name does well in this regard: its focus on Jewishness and its intersection with queerness provides a template for other films. This is, without a doubt, the best time to be alive for a queer cinema-aficionado: movies like Carol, The Danish Girl, God’s Own Country all represent a coming-of-age and mainstreaming moment for this genre. Call Me by Your Name will be a lodestar for what is to come.

Bio:
Kieran is a law student studying at Jindal Global Law School, Sonepat. He loves to read, write, and binge on Netflix in his spare time.