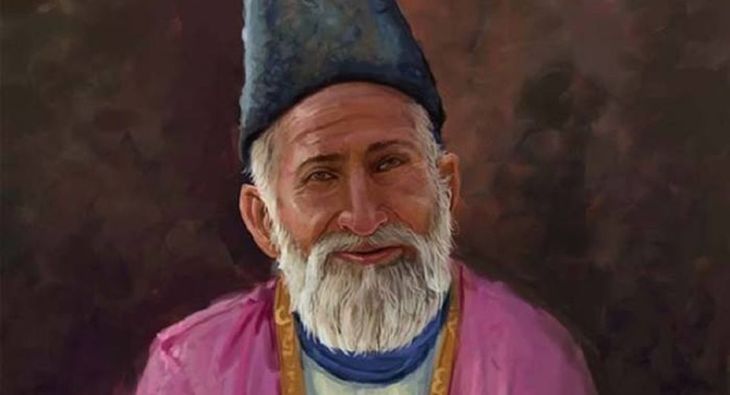 With the outbreak of a pandemic potentially altering the contextual timeframes of our literary interpretations in the post Covid-19 scenario, it remains an interesting phenomenon to look back at some of the classical writers and their works today. While a number of works by the Western philosophers continue to remain the most revitalised sources impacting life under the present pandemic, what remain equally literary in their origin and taste, though not a part of the canonised philosophy, are a range of other literary traditions that may become even more significant when read in these times.

Being a student of literature with a recently found interest in interpreting Urdu shayari as an art form, my past three months of quarantine have been marked by a joyous study of Urdu poets in a reverse chronology that began with an article published in Café Dissensus Everyday some time back. Having first come across the popular mushaira videos by the Pakistani shayar Tehzeeb Hafi, I familiarised myself with the shayari tradition that started with someone as contemporary as Hafi, gradually going back to the classical poets.

Mirza Ghalib, the name that is almost synonymous with the most famous Urdu shayar who ever walked the Indian subcontinent, perhaps remains the most conventionally acclaimed among the classic poets. This article attempts to present the possibilities of interpreting some of the most famous couplets by Ghalib in the present socio-cultural context through the lens of everyday life. The interpretations are completely subject to an exploration of the contemporary spirit that only intends to elate the universal within what remains a classic in origin as well as form.

Even for those who do not read Urdu shayari are sure to have heard the name ‘Ghalib’ and even those who cannot recognise the poet behind these lines, would have come across his extremely popular following couplet:

With life becoming subject to self-quarantine for a large section of the population in the present pandemic times, most of us are experiencing alterations in our desired life goals so far. Also with the quarantine providing a void by restricting work-life to home laptops, the limited scope of materialising many of our future plans remains a very common experience for the urban population. The above couplet might make us relive this expression in its present mode.

While ‘mental health’ has become an area of concern for mostly urban youth, the issue of ‘hunger’ for a daily-wage worker going out of employment remains a contributing factor to their rural counterpart. As each social strata is engaged in new difficulties and human violence does not seem to abate, many aspects of the social life that had not appeared as deficits are now turning alarmingly dangerous and the following couplet by Ghalib remains as universal as ever:

The indefinably heroic story of every migrant worker who perhaps successfully reached his village after traveling for days on foot might very well comply with the following couplet by Ghalib whose second line relates to the possibility of an excess turning to an incentive for accomplishment. Drawn with a deep desire to reach their home irrespective of the consequences of a journey under a pandemic, the threat of dying out of hunger for these migrant workers perhaps overcame the threat of dying from a viral attack, echoing Ghalib’s lines:

In a post Covid-19 scenario marked by quarantine, social unrest, chaos, depression, webinars, virtual interactions, medical claims of a possible vaccine, and many new changes and difficulties each day, the everyday life of activity continues. With every new headline presenting a new social, political or religious upheaval that becomes a subject for debate across the media, Ghalib’s following couplet seems to humorously encase these changing scenarios:

Ghalib left us with writings that remain far too wide to compress under a tag today, and the above couplets remain only the most popular amongst his range of works. The attempt here is to remind ourselves of some of these once again as we all collectively attempt to search for hope, humour and harmony in a world changing under a pandemic.

I would like to conclude this article by leaving you with those famous couplets by Ghalib that best encapsulate our contemporary spirit. The recurrent emphasis on the act of ‘social distancing’ has left us with manifold interpretations of how life under seclusion might possibly appear. Marked with a sense of uncertainty, fear, anxiety and hypothetical outcomes, the thought of quarantine continues to offer diverse imaginative scenarios. With a sense of prescience, reflecting this present predicament, Ghalib writes:

Bio:
Amrita Sharma is a Lucknow-based writer, currently pursuing her Ph.D. in English from the University of Lucknow. Her works have previously been published in Café Dissensus Everyday, Muse India, New Academia, GNOSIS, Dialogue, The Criterion, Episteme and Ashvamegh. Her area of research includes avant-garde poetics and innovative writings in the cyber space.